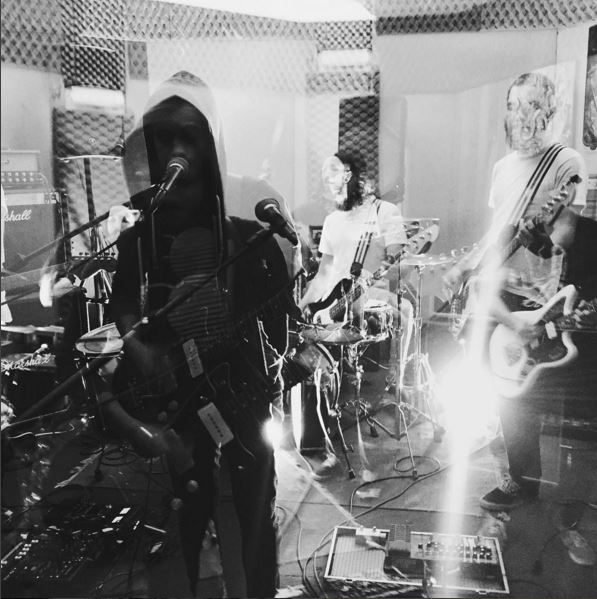 There are, at least, seventeen artists named Alaska:
1) A UK drum and bass artist (b. Dev Pandya - aka Paradox, Alaska & Paradox & Brown). Beginning with "Drumworks / Alaska" (1996), Dev has released more than a dozen singles & three albums, as Alaska: Virtual Virtuosos (2000), Arctic Foundations (2006) & The Mesozoic Era (2010). Official site: http://SoundCloud.com/Paradox-Music-UK
2) An experimental/emotional hardcore band from Henderson, Nevada. Alaska released a 2 song demo in 2011 and Palcaptain in March 2012. In July 2012 they released a split EP with Oranges entitled The Summer I Joined the Harlem Globetrotters. In July 2013 they released the LP Everything Is Fine. On October 2, 2015 they released their second full-length LP Shrine.
3) An American rapper, a member of the hip hop group Hangar 18 (former by now) and Atoms Family.
4) A Mexican Spanish singer (born Olvido Gara Jova, 13 June 63 in Mexico City), dj, & TV personality famous worldwide but principally in Spain and Latin America. She was of the main characters in the so called Movida the cultural movement following the Franco dictatorship in Spain. This movement in which music, arts, cinema and fashion erupted and collided to confirm the actual society Spain had become under Franco. She has participated since the last part of the seventies in several groups of different success: Kaka de Luxe 1977, Alaska y los Pegamoides 1980, Alaska y Dinarama 1983 and since 1989 the duet Fangoria. She is also one of Spain's main gay icons.
5) A band that came together in 2006 and have put out one EP entitled Nom Carver EP. Members: Noah Garbarino (Bass/Vocals), Matt Salcito(Guitar), Austin Pelella (Drums), and Andrew Cochran (Guitar). Alaska plays throughout the south Florida area on and off. Cochran, Garbarino and Salcito are also in The Märchen, formerly Dame Missfortune, formed summer of '06.
http://www.myspace.com/alaskaflorida
6) A Ska Band from Switzerland. Starting in 2004 with their debut EP ‘Claiming Land’, followed in 2007 with their debut full-length album “Dog Sled Crossing” (which was mixed by NYC Mastermind Victor Rice), almost 100 concerts through out Switzerland and in several other European countries were a proof of their success. They already shared the stages with famous Acts like The Aggrolites, The Skatalites, Desmond Dekker, Rico Rodriguez, Big D And The Kids Table, Eastern Standard Time, Dog Eat Dog, Victor Rice, Desorden Publico & more.
http://www.alaskatheband.ch
http://www.myspace.com/alaskatheskaband
7) An acoustic indie folk band from Auckland, New Zealand, now known as Farah Loux.
8) A dark hardcore band from Kent, UK. On Thirty Days of Night + Fist In The Air Records. Formed in late 2008, they have a self-released 3 track demo, 4 track EP 'MMX' & split 7" with End Reign on Fist in The Air Records & Worthless Nights Records.
New EP available on TDON to be released soon. Official site: http://www.facebook.com/alaskahc?ref=ts
9) A minimalist/math rock band from the UK.
10) A side project by The dBs frontman Chris Stamey, their sole release consisting of an EP for the Hello CD of the Month club.
11) A South African Kwaito group on the Kalawa Jazzme label.
12) A slowcore/sadcore Uk band, with one album from 2004, titled Happiness.
13) A collaboration between techno producer Laurent Garnier and Nic Britton during the mid-nineties.
.
14) An indie-pop band from Hamburg, with a full-length on Marsh-Marigold Records. Associated with, but not to be confused with another Hamburg musician, Miss Alaska .
http://www.myspace.com/alaskahamburg
15) A UK hard rock band, formed by former Whitesnake guitarist Bernie Marsden
16) A prog rock band, formed in the 80's when it performed at regional arts festivals in Pennsylvania.
Their self-titled debut album was released in 1998, and within months they appeared
at the ProgDay '98 and NEARfest '99 international progressive rock festivals,
toured the midwest USA with Sweden's supergroup The Pär Lindh Project and acted as a back-up
band for Barry Palmer, lead vocalist of the legendary progressive rock group Triumvirat.
Alaska performs live with only two players, without the use of pre-recorded instrumental back-up tracks or sequences.
17) A indie rock band from Lynchburg, Virginia formed in 2010. They have released one self-titled album.
18) A djent/Groove band from France, with an EP entitled 'Into The Sea' and a newer single called 'In Search Of Lost Time.