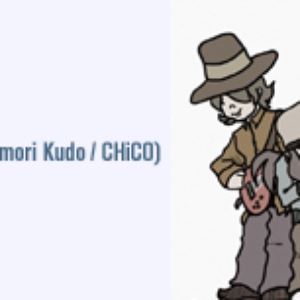 There are multiple artists with this name
1. A British pop group
2. A eurobeat singer. Real name: Christian Codenotti.
3. An American R&B singer
4. An American rapper and DJ
5. An alias of Tyler, The Creator
6. Two Japanese composers, who wrote music for the video game "Xenoblade Chronicles".
7. Willard Christopher "Trey" Smith III, Dj known as AcE
8. A French Heavy Metal band
1) Ace were a British rock music band, who enjoyed moderate success in the 1970s. They are notable for their part in the early career of Paul Carrack, who later became famous as a solo artist, and as a member of several other groups. The band was formed in December 1972 as Ace Flash And The Dynamos, but this name was quickly abbreviated to just Ace. -- Wikipedia.
Their most popular hit was "How Long", which featured Paul Carrack on lead vocals, about some prominent members leaving the band.
2) The Eurobeat singer from SCP studios, Christian Codenotti. He originally came to Ritmo & Blu with just a demo but has stayed on as a composer and singer. One of the most prolific voices in Eurobeat, he learned singing by himself eventually getting classically trained in his singing. Perhaps his most popular songs out now are Drivin' Crazy and Power Of Sound, both hits that were popular in the anime series, Initial D. He is also one half of the Eurobeat powerhouse team, Go 2.
3) Born and raised in Philadelphia, Ace began singing at an early age while attending Fern Rock Community Baptist Church. Ace really became passionate about music when he joined an amateur R&B trio in 2000. The group named, G.T.V. (Gerald. Tiffany. Victor) quickly broke up two months later. However, Ace continued pursuing his passion in music. Later he would team up with Tiffany Bryant from G.T.V. to form a Gospel duo named Double S (Soulful Singers). After recording an original Gospel song titled "The Ocean of the Lord's," Double S went on to perform at local churches until 2003 when they parted ways to attend high school. In the fall of 2003, Ace began attending the Philadelphia High School for Creative and Performing Arts where he majored in Vocal Music. In 2005 Ace teamed up with Darion Wallace, an underground Hip Hop artist from Texas, to create Sintury Entertainment. By March 2005, Ace and D. Wallace, also known as SynC, released a joint album titled “Focused”. In 2006, with the help of B. Monroe, Ace started a production team, Dessus Productions, and began working with several underground artists from Philadelphia. Later that year Ace returned to the Soundclick charts with his single, “Addicted”. The song, to date, has only gained mediocre plays on Soundclick. However, Ace is in the process of scoring his first Soundclick #1 single with his new song, “Say It’s Cool”. Although working on his solo project, Ace is continuously working with Gemini, Loneisha Landi, B. Monroe, Vetti, SynC, Baby Boy Slick, Meet, and Kontro.
4) DJ Ace Hailing from Rochester NY is a self produced diy hip hop lyricist. His demo is getting pressed soon. Keep an eye out.
5) Ace is Ace Creator, or Tyler, the Creator, Wolf Haley etc; etc;.
6) Ace are two Japanese composers, Tomori Kudo and Chico, featured more-recently on the Xenoblade Chronicles Original Soundtrack. There is also "Ace+" which adds Kenji Hiramatsu to the "band".
7) Trey Smith, first son of Will Smith, djs under the name AcE.